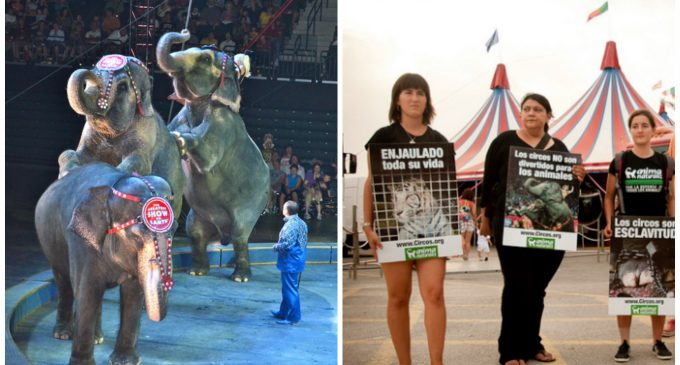 PETA, the group that’s brought the world choice gems like an advertising campaign comparing eating bacon to the Holocaust, is at it again.

You’d be forgiven for wondering if this time they were just bringing back those old billboard ads helping pro-life groups come to terms with the evil of their ways in the aftermath of the death of abortionist, George Tiller.

Pro-life people had it all wrong. It wasn’t mothers killing their babies that were the problem. It was mother’s eating meat that was the problem.

PETA came to the rescue to help citizens in Wichita understand each other better. They put up billboards to knock some sense into pro-lifers and pro-choicer some good liberal ammunition for their cause.

But, really what else would you expect from a non-profit shown to only spend 2% of its revenue actually helping animals?

Ask Ringling Bros. PETA might be corrupt and idiotic but give them 20 years and they can absolutely put up an attack capable of bringing down a 150-year American tradition.

Continue reading on the next page to see the official announcement released by Feld Entertainment chairman concerning PETA and Ringling Bros.