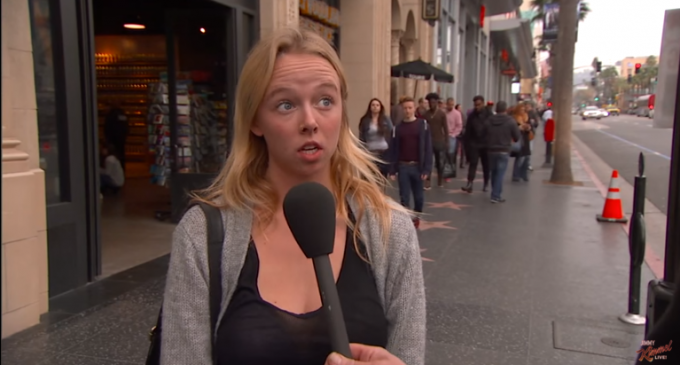 If you're a fan of the liberal comedian and talk show host, Jimmy Kimmel, you're probably aware of his “Lie Witness News” segments, in which he sends a reporter out onto the streets of New York with angled questions. The latest question he took to New York city dwellers was one involving Martin Luther King Jr's endorsement of Donald Trump for president. If it takes you longer than a few seconds to figure out why that's impossible, you might want to finish high school.

The hilarious segment, which was obviously aimed at poking fun at Conservatives, backfires on Kimmel in more ways than one. While out on the street trying to make Trump supporters look like idiots, he got quite a few answers that sound like they would come from modern liberals. That being said, some of the answers he got in return were so odd that you can't help but wonder if they were scripted.  You can watch the segment in the player below and decide for yourself.

Is it real or is it fake? There's no doubt that it's funny, but it feels scripted funny. If it is real, intelligent Americans should be concerned about this country's future . . . if you weren't already. In either case, it's not nearly as good as Mark Dice's “Man on the Streets” segments, which this is obviously modeled after.