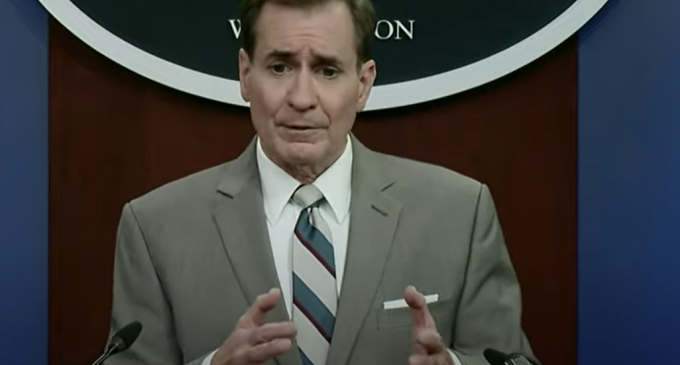 The Pentagon said on Friday that the Taliban released “thousands” of ISIS-K prisoners in Afghanistan during their takeover in the days leading up to the bombing near the Kabul airport, which killed 13 U.S. service members Thursday.

Pentagon spokesperson John Kirby responded to a question from Fox News' Jennifer Griffin regarding the number of prisoners released from the prison at Bagram, Afghanistan, and why they had not been removed before the U.S. withdrew its troops.

“How many ISIS-K prisoners were left at Bagram and are believed to have been released from the prison there, and why weren't they removed before the U.S. pulled out to some place like GTMO?” asked Griffin, referring to the Guantanamo Bay Naval Base.

“Well, I don't know the exact number. Clearly, it's in the thousands when you consider both prisons because both of them were taken over by the Taliban and emptied. But I couldn't give you a precise figure,” responded Kirby.