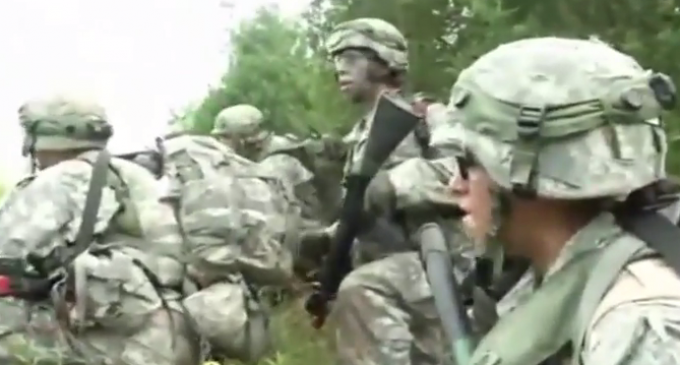 Barack Obama has made no secret of his disdain for the U.S. military. A few reasons might include that as a whole the military is somewhat conservative, religious, and patriotic. They use guns. And they promote America first. Military leaders are well trained and confident, and do not quake and tremble when Obama issues an uninformed directive, which irritates the commander in chief, so he has gotten rid of many of the senior command and decided that he knows best, regardless of what these impressive leaders might say. Obama has also turned the military into an undermanned, misdirected social experiment and jobs placement program for unequipped civilians who want a steady job.

The result is that seasoned military leaders have gotten out or been tossed out. And seasoned troops are leaving in droves. Obama has done everything possible to banish Christianity from the military, but invited in Muslims and insisted that the military show deference to their beliefs and rites. He has made it clear that openly homosexual military personnel are welcomed and protected above almost all other service members, and he has opened up all areas of the service to women, including combat positions. All of these actions are hugely expensive in their accommodations, and hugely disruptive because of infrastructure, training, and facility restructuring. Now Obama is pushing hard for a new special interest group, and once again it dramatically increases costs, and decreases readiness. It is also one more element that will harm the cohesiveness of the military in order to make a social statement.