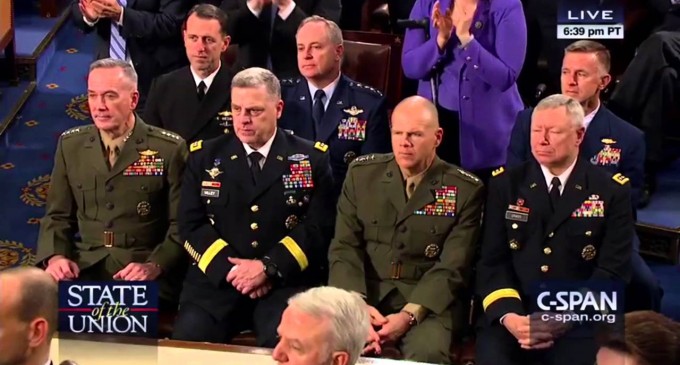 If you’re one of those people who took all of the lies President Obama told during his State of the Union Address with a laugh and a shake of your head, you probably noticed how stone-faced the military officials in attendance were while everybody was applauding Obama’s “America is the greatest country is the world, period” comment. Their silence spoke leagues about exactly what state America and its military are actually in.

While the president is boasting about how the United States spends more on its military than any other country in the world (which clearly isn’t true), statistics published by The Washington Post, are saying that the American military is actually shrinking in size, and this would explain why so many weapon and aircraft manufacturers like Boeing are slowly circling the drain.