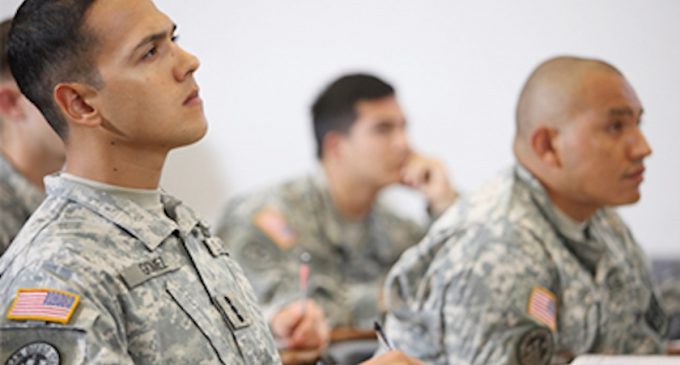 At long last, the Obama era is coming to an end, but not without another travesty being committed against our men and women in uniform.

One of the most pernicious effects of President Obama's tenure in the White House has been the slow-but-steady erosion of our armed forces before our very eyes. Keeping in line with his anti-military and fundamentally anti-American worldview, the president has pursued policies that left our soldiers unequipped and ill-trained to defend the country from enemies both foreign and domestic.

But it's not just active duty servicemen who have been left shorthanded by the administration: reservists and even veterans have been subjected to some of the most inexcusable treatment levied against these groups in recent memory. In fact, if the full extent of Obama's mistreatment of our servicemen was made clear by the mainstream media, there is little doubt that he would be remembered as one of the most disgraceful presidents in history.