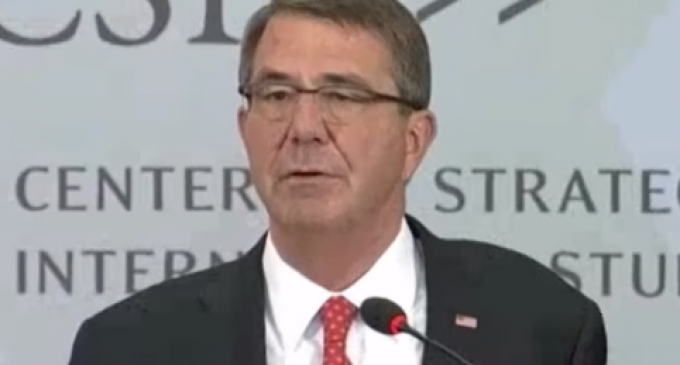 According to recent comments by the Secretary of Defense, the Cold War may very well be revived within our lifetime.

After the collapse of communism in 1991, many believed that the Russian threat was no more. As the threat from the Middle East increased and culminated in the attacks of September 11th, 2001, the focus shifted to the more nebulous threat of Islamic terrorism. However, it seems the Pentagon is getting ready to change that focus again.

Speaking at a press conference, Defense Secretary Ashton Carter provided a list of challenges that the US will need to respond to in the near future. Topping the list was not ISIS or Al Qaeda, but Russia, followed by China, North Korea, Iran, and ending with terrorism.

Carter's numbering will likely prove controversial. Some will agree that Russia needs to be contained in light of it's actions in Ukraine, while others may contend that the US should concentrate on defeating ISIS and it's fellow jihadist groups.

Watch Carter's statement on the next page: