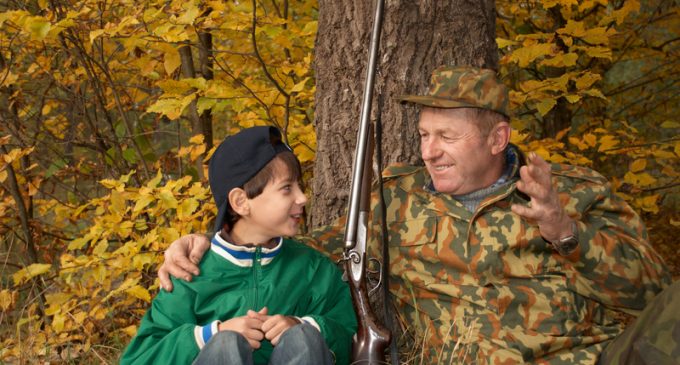 Shira Goodman is the Executive Director of CeaseFirePA, an alt-Left extremist group bent on outlawing the 2nd Amendment by all means necessary.  It is advocating the wearing of the color orange to denote the halting of gun violence and works strenuously to remove guns from all schools.  Putting aside the fact that, to date, no advocacy of that sort has worked in disallowing illegally owned or ill-gotten weapons from entering schools and murdering children, the group is dead-set on continuing the fallacy that people who LEGALLY own and carry weapons are somehow in some Twilight Zone alternate universe responsible for this violence.

They have also not answered the critics in pointing out the obvious:  if advocacy against this sort of aberrant behavior stops illegal gun violence in schools, why is there a need to enforce such laws?  Wouldn’t the mere mention that guns are not allowed to be carried into schools be enough to stop crazies from doing so?  Wouldn’t seeing the gun-free zone signs and reading the pamphlets be enough to make the person contemplating these actions stop and think, “Oh, hey, if the sign says it’s a gun-free zone, I guess I’ll just go home and shoot my neighbor instead of some schoolkids?”

Obviously, I’m being facetious, but the point of that is that this group CeaseFirePA is attempting to back up that mentality by saying that ALL gun owners are POTENTIALLY dangerous, because they have access to guns.  Beside the fact that EVERYONE IN AMERICA has access to butcher knives, how does access to guns and the desire to kill someone automatically pinpoint legal gun owners?  Since when did someone who wished to commit murder wait for a firearm to do so?  There are knives, rocks, sticks, broken glass, rat poison…I mean the entire household of a typical American is a veritable arsenal of weaponry that could be used to harm someone else.  And the argument that guns make it easier to kill from a distance is really just a distraction, because quite frankly, when a person bent on destruction of others with a gun has to be “neutralized,” he is almost 100% of the time halted by a bullet from a distance.

But, statistics be damned, if you’re a Liberal, because we say that legal gun owners are the REAL danger to society.  “Pay no attention to that Islamist terrorist with the bomb strapped to his chest!  We’re talking about the Second Amendment here!”

Pennsylvania lawmakers have riled up CeaseFirePA over their brand new piece of legislation that aims to protect law-abiding citizens and their Constitutional right to bear arms.