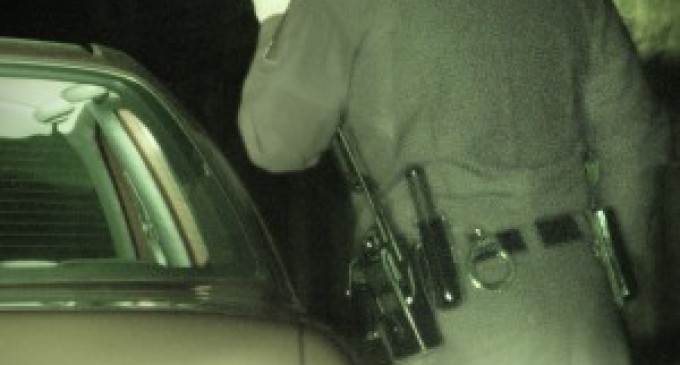 Our rights are being stripped so fast nowadays it's a just mind blowing.

In a 4-2 vote, the Court ruled on Tuesday that municipal police may search a vehicle without a warrant, even if the driver objects, if they believe they have probable cause. So, all the have to do to harass you is ‘smell something'.

Justice Debra McCloskey Todd, one of the dissenting votes, stated that the Court’s new direction “heedlessly contravenes over 225 years of unyielding protection against unreasonable search and seizure which our people have enjoyed as their birthright.”

The Supreme Court of Pennsylvania issued an opinion this week that opens the way for local police to avail themselves of the same warrantless search powers that Federal law enforcement officers operating in the State already enjoy when stopping and questioning motorists.

In a 4-2 ruling, the Court on Tuesday concluded that municipal police may search a vehicle without a warrant, even over the objections of its owner and/or its occupants, if they have developed sufficient probable cause to believe the vehicle may be an accessory to criminal activity.

The decision stems from an appeal of a 2010 case in Philadelphia in which police searched a man’s car without a warrant after pulling over the driver – Shiem Gary – because they believed his window tinting was too dark. Once Gary was stopped, the officers said they smelled marijuana and brought out a drug dog, who promptly “hit” on a suspicious area of the car. The vehicle indeed had two pounds’ worth of marijuana underneath its hood, and Gary went to jail.

The Court’s majority opinion notes that other States already have streamlined their laws to overlap with the powers afforded Federal law enforcement agents. Pennsylvania’s reversal, according to Justice Seamus P. McCaffery, simply allows local police to adhere to a “uniform standard for a warrantless search of a motor vehicle, applicable in federal and state court, to avoid unnecessary confusion, conflict and inconsistency in this often-litigated area.”

But critics argue the decision needlessly expands the power of the state at a time in our Nation’s history when individual rights have never been more threatened by an overreaching government.

Writing for the minority, Justice Debra McCloskey Todd agreed, objecting that the Court’s new direction “heedlessly contravenes over 225 years of unyielding protection against unreasonable search and seizure which our people have enjoyed as their birthright.”