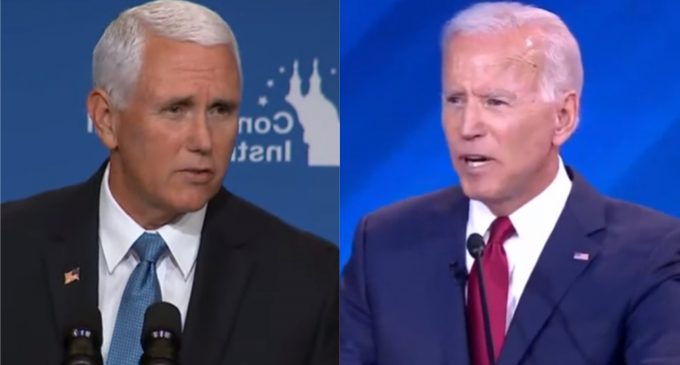 Vice President Mike Pence took a dig at his predecessor on Friday, saying, “Let me be clear, I am the vice president of the United States of America.”

Pence’s remark referred to former Vice President Joe Biden’s gaffe he made after being asked by moderator Jorge Ramos about deportations that occurred under the Obama administration, during which Biden said: “I’m the vice president of the United States.”

In response to a question about how America should handle slavery and reparations, Biden went on an incoherent rant, during which he said that because blacks in poor neighborhoods didn’t know how to raise their children, social workers should intervene and see to it that family play record players in their homes at night.

We bring social workers into homes with parents to help them deal with how to raise their children, it’s not that they don’t want help, they don’t know not quite what to do. Play the radio, make sure the television, excuse me, make sure you have the record player on at night, make sure the kids hear words.