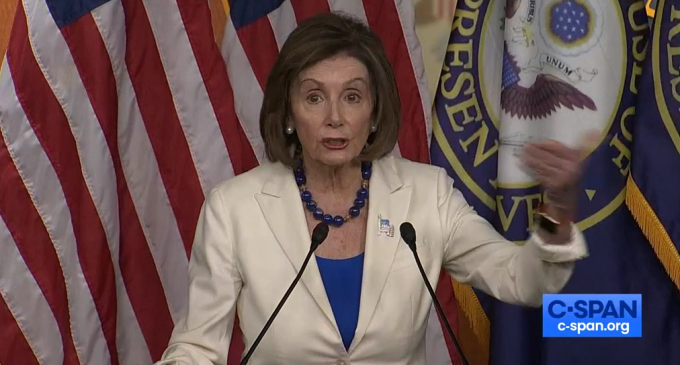 House Speaker Nancy Pelosi is not impressed with the latest Republican response to the impeachment inquiry that is taking place. There is a lot on which this impeachment proceedings rests and Pelosi knows it. To slough off this inquiry as so much political theater would imperil all the Democrats in the 2020 election, not merely those in Red districts.

In an effort to bring about more seriousness to this inquiry and attempt to get across to her colleagues that she is behind this 100%, she penned a letter to her fellow Democrats, offering warm regards “in the Thanksgiving season,” assurances, and advice. There must be an air of doubt amongst the Democrat masses in the US House of Representatives or else the Speaker would not feel compelled to distribute this message.

In the letter, she bemoans the GOP response to the impeachment inquiry being a circus act, assuring her members that this is important for our very democracy.

Interestingly, she also lets on her innermost feelings about voting and the will of the American people.

Turn to the following page to read about how Speaker Pelosi is concerned for the outcome of the 2020 election not because of the perceived strength of Trump’s chances at remaining the incumbent, but more because the American people will have the chance to decide the outcome themselves!