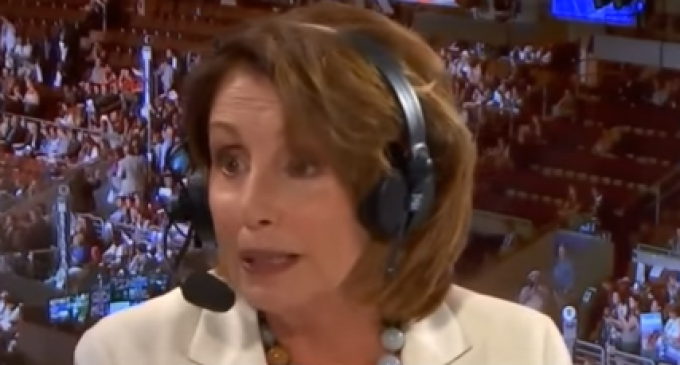 One of the trendiest arguments among the left is to say that its is impossible to be racist against white people. As the argument goes, racism is a construct of power, and so those with no power can not use it against the majority. It's no coincidence that that purveyors of this ridiculous idea are also the ones who display the most racism against white Americans.

At this week's Democratic National Convention, the Democrats fully committed to this phenomenon. On several occasions, the oft-ridiculed “white male” was at the receiving end of criticism from the left.

Former Speaker of the House Nancy Pelosi committed the most heinous offense during an off-stage interview on TV, in which she ridiculed not just white men, but God and the second amendment, as well. Of course, this is hardly a surprise, as it's is nothing new for the leftist politician.

See the ridiculous comments in the video on the next page: