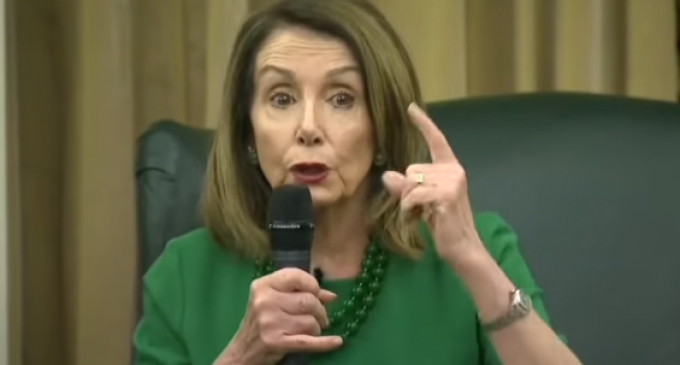 Herding rabid swamp creatures is a difficult job. House Speaker Nancy Pelosi knows that implementing impeachments proceedings will only help President Trump get reelected in 2020 because it would not only be based on a failed coup attempt, further exposing crimes by the Obama/Clinton clan, it would also be seen by most Americans as an attempt to circumvent the 2020 election.

Pelosi has been trying to settle down calls for impeachment by throwing the Dems some bones. At the end of May, Pelosi appealed to House Democrats to hold off on beginning impeachment proceedings against President Trump while giving them voice by saying the president “is engaged in a cover-up.”

A couple of days ago, Pelosi tried to stave off House Democrats in a pro-impeachment meeting by saying that the public still doesn't understand how the process of impeachment would play out, according to two sources with knowledge of the meeting. In other words, the average American is too ignorant to understand that impeachment by the House wouldn't result in Trump's immediate removal.

Now, Pelosi is trying to upstage calls for impeachment with a call for imprisonment. Turn the page.