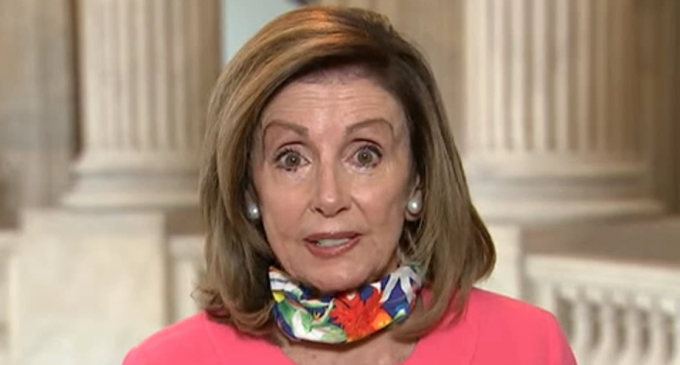 House Speaker Nancy Pelosi (D-CA) on Monday in an appearance on MSNBC’s “Morning Joe,” said that President Trump might refuse to leave the White House upon losing to presumptive 2020 Democratic presidential nominee former Vice President Joe Biden. In that event, Pelosi suggested that Trump might have to be smoked out using chemicals.

“The fact is whether he knows it yet or not, he will be leaving,” Pelosi told Brzezinski. “Just because he might not want to move out of the White House doesn’t mean we won’t have an inauguration ceremony to inauguration a duly elected President of the United States. And you know, I’m second in line to the presidency just last week I had my regular continuation of government briefing. This might interest you because I say to them, this is never going to happen, God willing it never will, but there is a process. It has nothing to do with the certain occupant of the White House doesn’t feel like moving and has to be fumigated out of there because the presidency is the presidency.”

Move to page 2 for the interview.