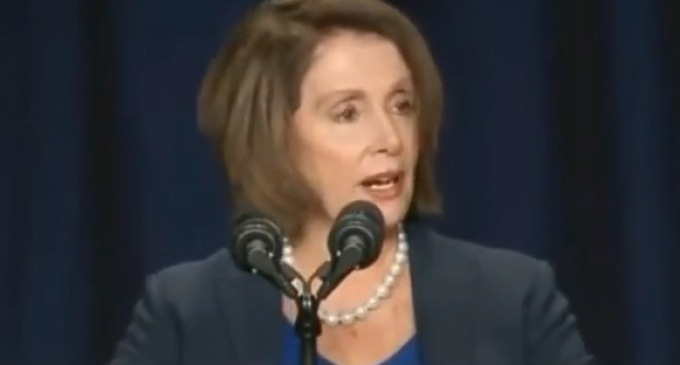 The National Prayer Breakfast was marred by Nancy Pelosi, as she attempted tolerance by quoting both Mohammad and the Gospel of John.

Reading the “Golden Rule of Islam” which says, “None of you has faith until he loves for his brother or his neighbor what he loves for himself”, Pelosi tried to paint the positive side of Islam, yet it is difficult to square this with the radical element around the world.

By ignoring the beheadings, the rapes, the sex-slaves, the burning of children, the mass graves of Christians, all in the name of Islam, Pelosi chose to pull out one phrase to reshape what is being reported around the world.

Suicide bombers don't love their neighbors, they hate and blow them up for Allah. Pelosi is wrong to place these two belief systems side by side, as if they are equal.

Read more on the following page and watch her comments.