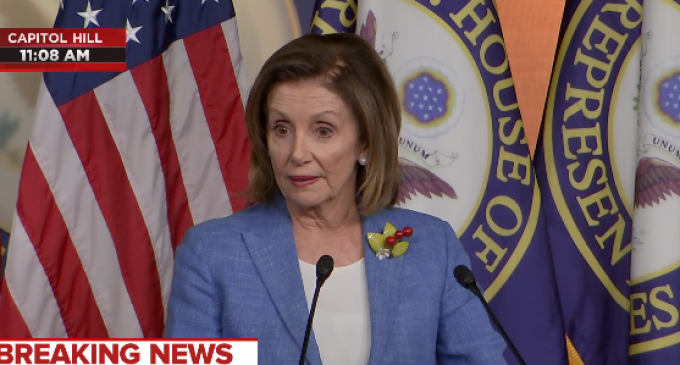 On Friday, House Speaker Nancy Pelosi tried to soother cries from her party that still insist on pushing the idea of impeaching President Trump even after the disastrous Mueller hearings this week. Judiciary Committee Chair Jerry Nadler (D-NY) certainly finds himself at the most delicate point of his tenure and for all his clamor for action, he is left with little choice but to continue to pound his chest and demand that impeachment proceedings move forward.

Pelosi said at a press conference that a decision on whether the House pursues the impeachment of the President will be made in a “timely fashion” and rebuked the idea that she is trying to “run out the clock” on the matter. She insisted that proceedings should only move forward when they have the “best, strongest possible case” against President Trump.

Soon after Pelosi delivered her remarks, Nadler commented that his committee has “in effect” begun conducting an impeachment inquiry.

“Whether you call that an inquiry, or whatever you want to call that, that’s what we’ve been doing,” Nadler said, later adding that they have already been conducting one “in effect.”

All committee chairs and House speakers have disagreements over jurisdiction, power, and strategic direction. But the relationship between Nadler and Pelosi is particularly sensitive now given the stakes of the issues they’re tackling. The special counsel’s office has closed, its report made public, and its director, Mueller, has testified on Capitol Hill about its contents. Now that the Russia investigation, as the American public understands it, has all but come to an end, both leaders are left answering questions about what comes next.

For Pelosi, the answer is simple: Stay the course. For Nadler, that course is becoming increasingly difficult to trek with members from his own committee, and constituents back home, calling not only for impeachment proceedings but for tougher posture toward a White House that seems hell-bent on making his oversight work impossible.