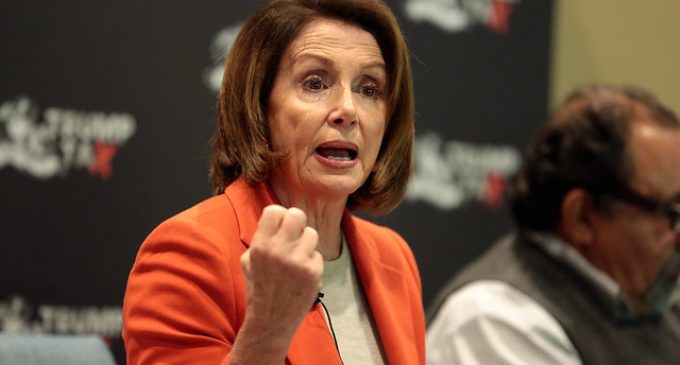 House Speaker Nancy Pelosi (D-CA) issued a rather strange declaration to Democrats on Friday at a DNC summer meeting in San Francisco. In saying that the 2020 presidential campaign will be tough, Pelosi said that Democrats will “have to be ready to throw a punch—for the children.”

“This is going to be a tough election, because for them this is going to be about money. They’ll put up any amount of money to protect their investment of degrading the environment, and the rest, guns and all that,” she said at the Democratic National Committee’s (DNC) summer meeting Friday.

“So are we ready to win have we decided that we are going to debate our differences, unified behind our candidates?” the Democrat continued. “Are we going to strengthen our majority in the house? To win the United States Senate for the American people?”