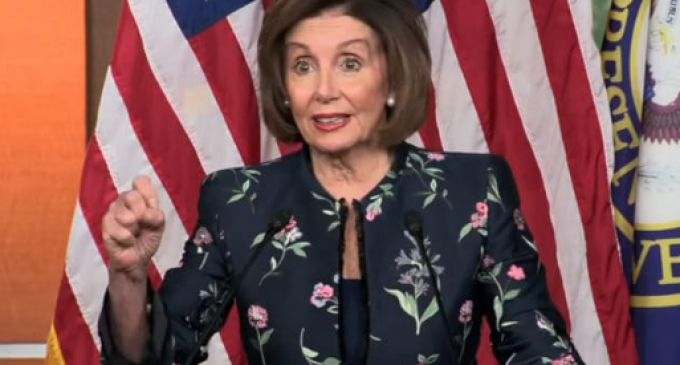 House Speaker Nancy Pelosi is so divorced from reality she says if President Donald Trump is acquitted by the U.S. Senate, he will not actually be acquitted.

In response to a reporter’s question on Thursday, she offered the following response:

We are right now prayerful and hopeful that the Senate will have the courage to hear the truth about the President’s Action, and then we’ll see what we do next.

Not satisfied with that response, another reporter present asked a similar question.

When this is over, do you think that President Trump will be chastened and understand he’s got a Congress watching him? Or will he be emboldened because the Senate will have acquitted him?

Learn how the Speaker’s response reveals how totally ill-informed she is about the Constitutional requirements for impeachment. Do Democrats realize how clueless she really is?