It’s been nearly a month since Adam Schiff announced that the Whistlegate scandal, while failing to tell the full story of how his office worked in tandem with the CIA operative to write and produce a whistleblower complaint that lacked not only first-hand knowledge of the crimes committed by President Donald Trump, but also a small line on the printed form that required “first-hand knowledge” of the misdeeds in order for the complaint to be acknowledged as rising to the level of serious or one that required expeditious action.

Fear not, because the Democrats have assured us that the whistleblower didn’t require first-hand knowledge of the accusations; nor did the CIA operative require the old rules of engagement in order to feel terrified by the supposed quid pro quo conversation between our president and Ukraine president Volodymyr Zelensky. In fact, the whistleblower didn’t even have to corroborate what was written in the official transcript of the call issued by the White House, because quite frankly, this was never about the honesty or substance. It was about putting forward the perception of impropriety.

And they were successful in a big way. Once it was out there in the mainstream press’ orbit, overnight the story turned into a raging smoking gun against the most hated Republican president who was still in office. When news of the possibility of an improper phone call came up, the Fake News Media dutifully ignored proper journalistic integrity and dove right in to ensure that the greatest impact was achieved through maximum coverage.

Like robots or bloodless automatons, one Fake News Media anchor after another parroted the last in a seemingly never-ending barrage of lip service to the Progressive base of the Democrat Party, hoping beyond hope that the Democrats were not just exaggerating this time, as they had on so many previous occasions. Like clockwork, however, it was too quickly revealed just how short of stock this latest “scandal” was going to be as Adam Schiff read his famous “I’ll make you an offer you can’t refuse” letter, pretending that Donald Trump had actually uttered the words. 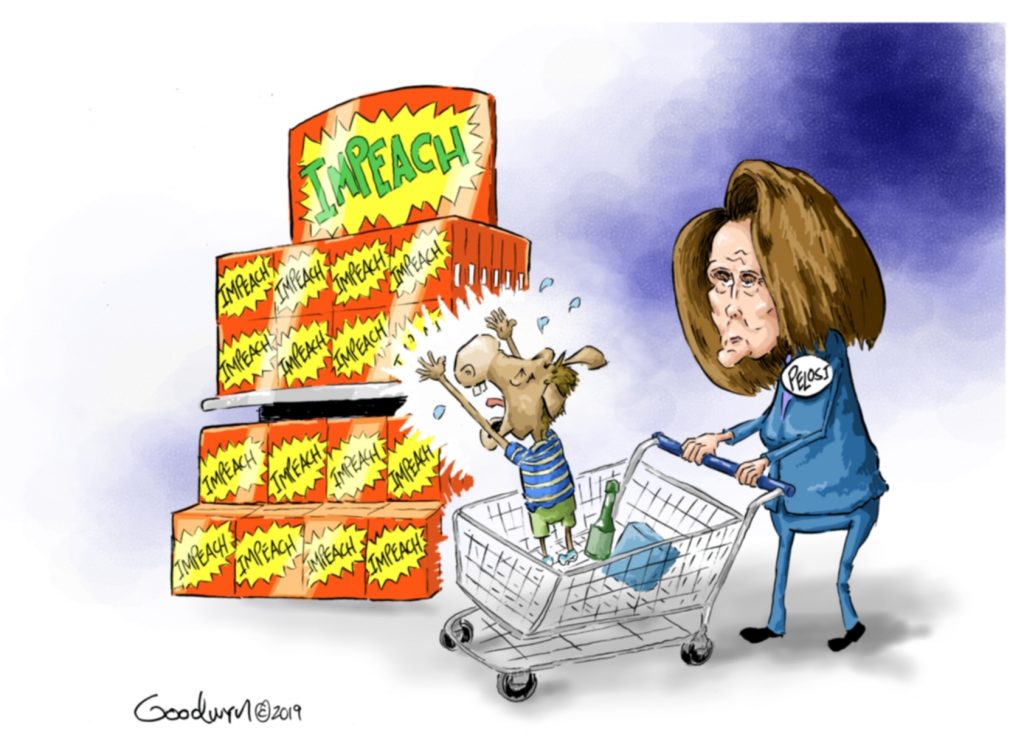 PELOSI IS COMPELLED BY REPUBLICAN PRESSURE

Now, after a dizzying number of analysts have been pointing out the complete one-sidedness of this process, Nancy Pelosi has finally had enough of the endless questions regarding impeachment and has dropped the latest bombshell: that the Democrats will now formally vote to not actually…really…you know…vote on the Articles of Impeachment, but on the very important, uh, rules that are required to say where all of this will lead.

What’s obvious to us, but not to the Democrats in the Swamp is that this attempt to make a circus out of a vote that really has no consequences, is that they are still short of the votes needed to proceed with Articles of Impeachment.

Make no mistake: the Articles are already written and sealed in a briefcase somewhere in the vicinity of the House of Representatives. As stated in previous Truth and Action articles, the charges for impeachment will be Russia Collusion (which was completely denied by Mueller’s report), violations of the emoluments clause (because Trump is benefitting monetarily from his presidency, don’t you know) and finally the Ukraine quid pro quo scheme from the CIA operative-slash-part time whistleblower.

Pelosi would love to hold a full House floor vote, but without the proper number of Democrats saying yet, in addition to at least a couple of Republicans (to give the impression of bipartisan condemnation of the president’s actions) she is unable to pull the impeachment trigger as of this week. However, give it time. This formal vote on Halloween to state that the impeachment proceedings could be real if they held a vote tomorrow and got all the support needed, is what will have to satisfy the fanatical Leftist base for now. 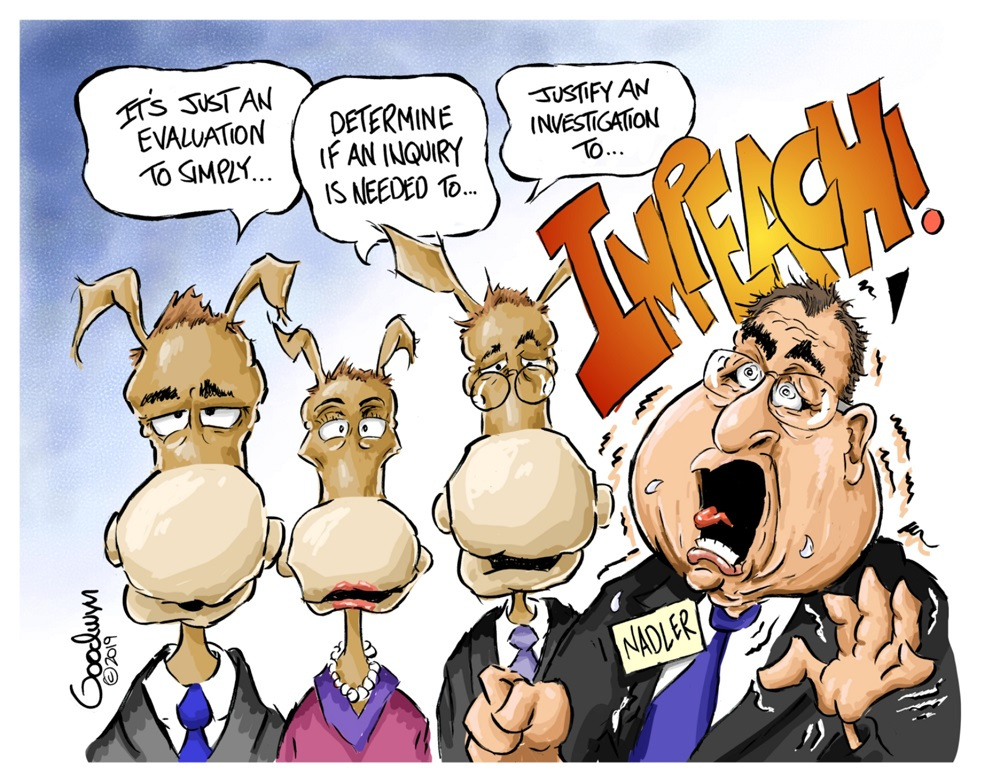 Trust this: When the vote finally does come…the actual vote on Articles of Impeachment…there will not be a single news network out there who will not cover it from morning ‘till night, if need be. And when Pelosi slams her giant gavel on the table following the vote, with an enormous smile of a job well done on the destruction of the American electorate’s ability to choose its own president, it will be happily tossed into the laps of the Senate and then this whole process starts all over again. Maximum coverage will be required to ensure that only those GOP senators who are voting “yes” on impeachment (Mitt Romney, Lisa Murkowski, Susan Collins, etc.) are heard loud and clear and that Democratic senators who are voting “no” on impeachment (like Joe Manchin) will be treated as if they do not exist.

This is going to be messy for the Congress, embarrassing for the nation, and sad for the president and his supporters. In the end, it will only serve to reelect Donald Trump in 2020, when the Republicans regain the House of Representatives and increase their stakes in both the Senate and in state seats across the nation.