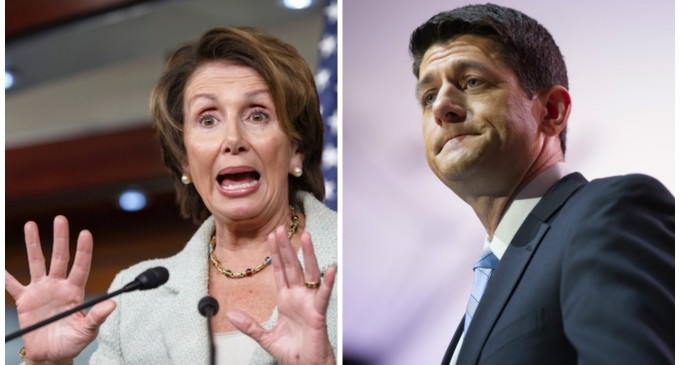 When Congressional Democrats have nice things to say about their Republican counterparts, you just know something is wrong.

Following the passage of the massive $1.1 trillion 2016 omnibus spending bill, media outlets are running interference on behalf of Speaker of the House Paul Ryan (R-WI). Tellingly, Politico and The Hill neglected to mention House Minority Leader Nancy Pelosi's (D-CA) boast that Ryan and the Republican leadership “really gave away the store” in their coverage of the bill's passage.

Let's be clear what the “store” is: it's your, the taxpayer's, money. And who are the Democrats thanking for giving it away? Speaker Ryan and his congressional cohorts!

Of course, conservatives fought tooth and nail to fight the bill, with Politico dismissing their principled opposition to the costly legislation as “complaints,” but in the end, Ryan marshaled the RINOs in the House to help the Democrats further their tax and spend agenda.