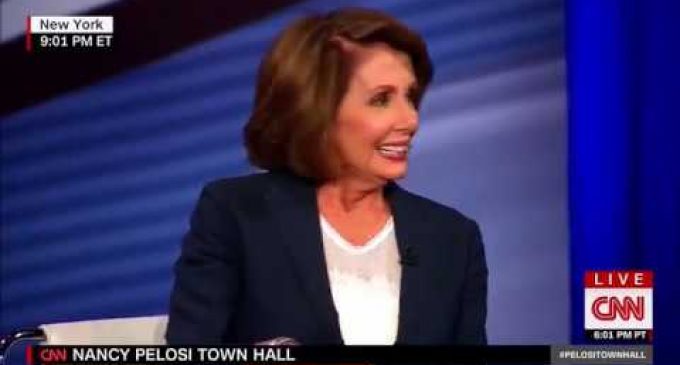 Donald Trump’s nomination of Judge Neil Gorsuch to the Supreme Court hasn’t exactly been a popular one among the left. Then again, neither has anything Donald Trump has done during week and half in office. While the left fills social media with fear and lies about Trump, he’s actually keeping his promises and doing good by the American people. Notice how after he promised not to overturn Obama’s LGBT protections, they were only satisfied for a day before they started their witch hunt once again.

Now, Nancy Pelosi is on the attack, taking a firm stance on the nomination of Neil Gorsuch to the Supreme Court, saying that he’s bad for anybody who believes in women’s rights, or likes to the drink water, eat food or take medications. Basically, she’s saying that Gorsuch is like a plague on humanity. However, I think it’s important to take into consideration that Nancy Pelosi has never been the sharpest tool in the shed. Either that or she truly hates America.

See her interview on CNN on the next page.