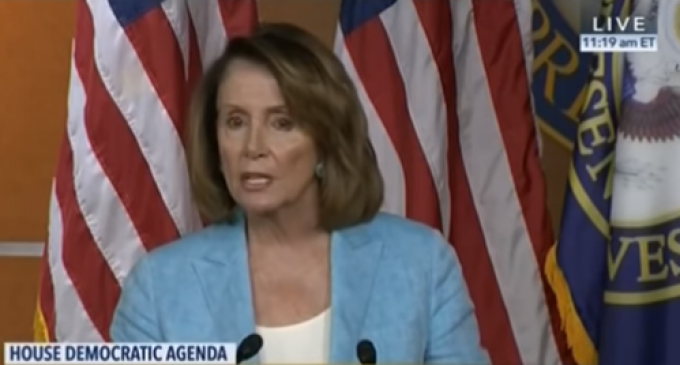 House Minority Leader Nancy Pelosi (D – CA) is befuddled as to why people think liberals recent glorification of murdering President Trump and other Republicans had anything to do with the recent VA shooting of House Whip Scalise and 4 others.

So, Ms. Pelosi, and I say Ms. as I refuse to call anyone as senile and out of touch with reality as yourself a leader, let me explain.

As such when the party you lead laughs at Kathy Griffin holding up the decapitated head of President Trump, stages a play for the public at large where a man looking eerily like President Trump is murdered, provide mentoring and support to violent socialist protest groups like Antifa, encourage student Democrat Clubs that call for all Republicans to be beheaded as lining up and shooting like the Jews during the Holocaust would be too gentle of a death, that does encourage violence and the only solid connection that can be formed being the recent shooting and political environment.

During your press briefing yesterday when you made a comment that pales in comparison to the dangerous rhetoric stated above, what were you thinking? And has any politician ever be it Democrat or Republican ever made such deranged remarks about their own party as Ms. Pelosi just did? More on this story on the next page