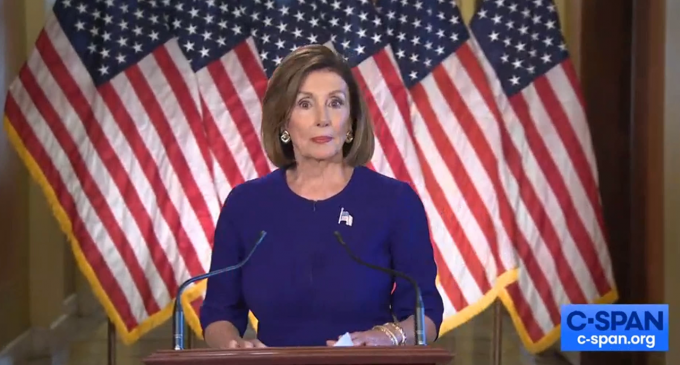 The Dems have finally done it. House Speaker Nancy Pelosi announced the House is launching a formal impeachment inquiry into President Trump over the call he had with the President of Ukraine.

“Today I’m announcing the House of Representatives is moving forward with an official impeachment inquiry,” Pelosi said at the Capitol late Tuesday afternoon. “The president must be held accountable. No one is above the law.”

Pelosi cited six existing House committees, including the Judiciary and Oversight panels, that would continue the investigation into the Trump administration.

“The actions of the Trump presidency revealed the dishonorable fact of the president’s betrayal of his oath of office, betrayal of our national security and betrayal of the integrity of our elections,” Pelosi said. “Therefore, today, I am announcing the House of Representatives moving forward with an official impeachment inquiry. I am directing our six committees to proceed with their investigations under that umbrella of impeachment inquiry.”

Trump claimed earlier in the day at the United Nations General Assembly that Democrats leaning into impeachment would cost them the election. His reactions on Twitter following Pelosi’s official announcement were more colorful.