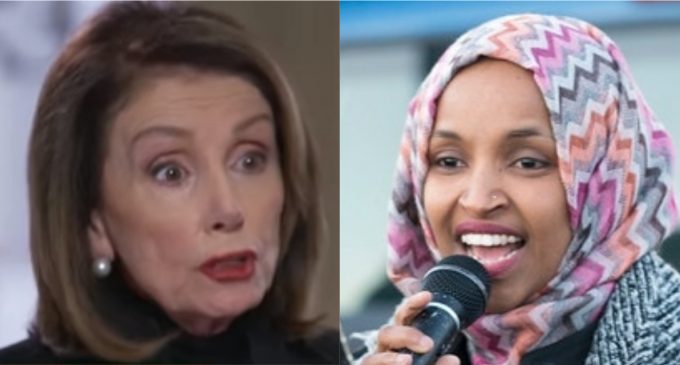 In the true Pelosi style of “We [need] to pass the bill in order to find out what [is] in it,” the House Speaker admitted this week that she defended Ilhan Omar’s 9/11 remarks without actually having heard them.

In late March during a speech to the Council on American-Islamic Relations (CAIR) in Minnesota, Democratic Rep. Ilhan Omar described the September 11, 2001, terror attacks in a vague manner that appears to trivialize the horrific event. She also urged Muslim Americans to “raise hell” and “make people uncomfortable.”

“For far too long we have lived with the discomfort of being a second-class citizen, and frankly I'm tired of it, and every single Muslim in this country should be tired of it,” Omar said. “CAIR was founded after 9/11 because they recognized that some people did something and that all of us were starting to lose access to our civil liberties.”

Move to the second page for details and video: