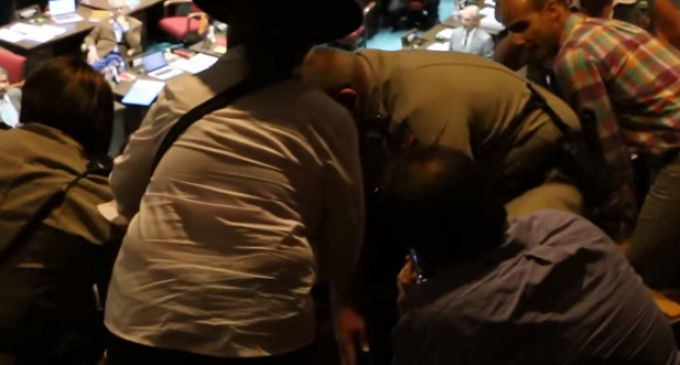 Most of us have heard the phrase “what goes round, comes round.” It suggests that there is some level of cosmic justice, and that how you deal with others will somehow be visited upon you in a future time. Another adage from the Bible is to “do unto others as you would have them do unto you.” That seems like a good life ethic, especially if “what goes round truly does come round.”

Lefties generally prefer the “do unto others” part, but are not so hot about the other half of the Bible verse, so when they do get a good dose of cosmic justice right in the kisser they whine and moan about the unfairness and the mean-spiritedness of whoever administers that justice, but they seldom realize they had it coming.

This all may seem a bit obtuse, but this political season Bernie Sanders supporters have been especially active in their attacks on Donald Trump, including busing in paid protesters to shout down the GOP front runner and physically confronting supporters who are attending his rallies.

They somehow think that this is simply part of the political process, and that Trump should be prevented from speaking or gathering a following that will lift him to the Republican nomination for president.They see nothing unfair about shutting down or corrupting the political process because for them it is simply the right thing to do.

But when “what was going round, came around” during the recent Democrat primary voting in Arizona, there was non-stop squealing and complaining about the “unfairness” of the situation. The irony is simply delicious. Watch the video on page 2 to see the action at the polls that led to actual violence.