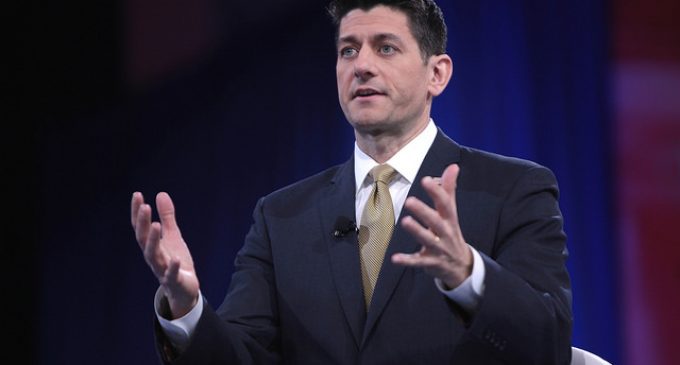 President Trump has plenty of enemies with whom to contend. Some of these are the usual culprits and are to be expected. There are members of the Democratic Party who are dedicated to obstructing anything he proposes. Then there are foreign leaders who are ready to oppose the U.S. as well as whomever happens to be the president at the time.

One place where he should not be getting resistance, at least not to the degree he has experienced, is from his own party.  That's not to say they should just act as doormats for whatever President Trump proposes, but there should be a sense that Republican Congressional leaders and the president are on the same page. Unfortunately, with individuals such as John McCain and Paul Ryan holding leadership positions, this is not the case.

One example would be Speaker Ryan's recent insistence that American industry hire more foreign workers as opposed to President Trump's emphasis on hiring and buying American.