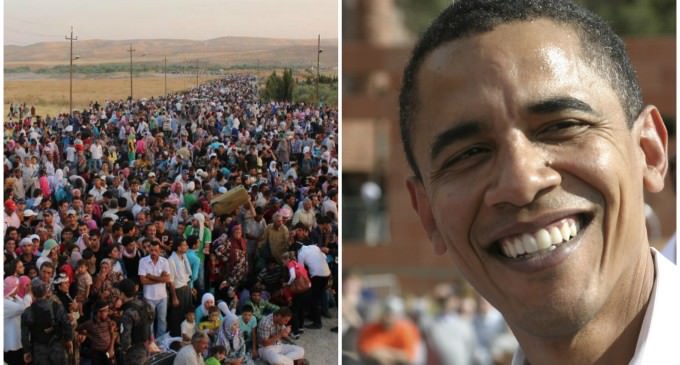 Barack Obama's plan to ship 10,000 Syrian refugees into the United States was perplexed  when it was announced. The decision to move forward with the plan after the terrorist attacks in Paris became downright reckless.

Now, though, that we have information that two of the gunmen took advantage of western nations' refugee programs in order to infiltrate France, the plan is downright dangerous.

Regardless, our Muslim sympathizing President Barack Hussein Obama refuses to back down on his attempts to house as many Syrian immigrants as he can — whether we like it or not.

His plan is now finally meeting resistance from some of the highest level political officials in the country… but they may have no power to stop his reckless program, according to Judge Andrew Napolitano.

Speaker Paul Ryan called for a “pause” in our relocation program, while 24 governors have said they would outright deny entry to any refugees sent their way.

Regardless, our governors — perhaps our last line of defense against possible Syrian terrorists entering our communities — may be told to sit down, shut up, and take whatever and whoever Obama sends them.

To see the full reports, including Napolitano's statements on the matter, continue reading on the next page: