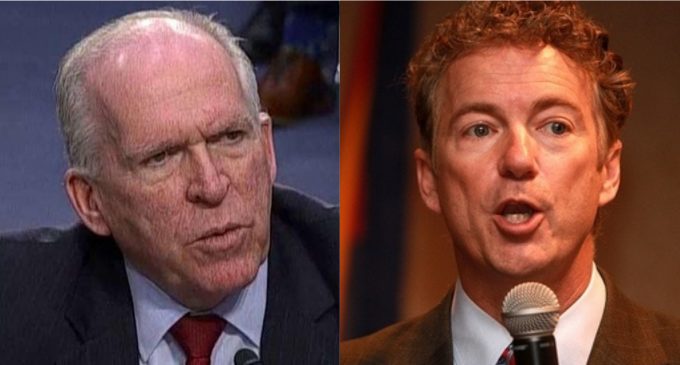 In a bombshell interview on Thursday, Sen. Rand Paul told Fox News that men in Obama's intel community, namely ex-CIA Director John Brennan, former Director of National Intelligence James Clapper and former FBI Director James Comey, were ‘frustrated' that nobody believed that the Russian dossier they had was real – not even the fake news media would pick it up. So, they had it attached to a classified intelligence community report on Russian interference in the 2016 elections to try to peddle it around as truth.

Paul is calling on Brennan to testify under oath immediately.

BREAKING: A high-level source tells me it was Brennan who insisted that the unverified and fake Steele dossier be included in the Intelligence Report… Brennan should be asked to testify under oath in Congress ASAP.

Republicans continue to aggressively seek out the origins of the Russia collusion conspiracy against our President. Fox News has not independently verified Paul’s source and Brennan has not yet replied to Fox's request for a remark.

Move to the next page for Rand Paul's interview with Fox News.