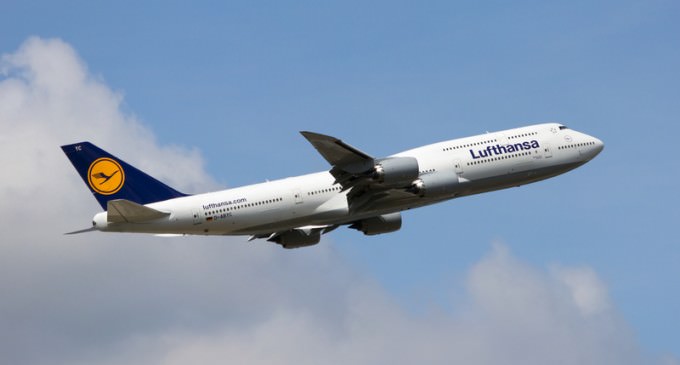 Passengers on Lufthansa airline, who were en route to Belgrade from Frankfurt were moved to action after hearing a man scream that he wanted to “join Allah” and then attempted to open a plane door mid-flight.

The man was a Jordanian with an American passport, who was obviously a practitioner of Islam. Passengers and crew members, including the Serbian national handball team (apparently that's a thing) lent a hand in keeping the man restrained on Flight 1406, an Airbus A319 before he was arrested after landing in Serbia.

Two players from the team reportedly watched the man for the remainder of the flight at the request of the flight stewards. He was restrained in the business class section until landing, and was said to have been fluent in English. Fortunately for the passengers, the cabin doors can't be opened during flight.

The guy who tried to open them obviously got his knowledge of terrorism from the movies, which would explain why he didn't expect anybody to stop him. He was wrong.