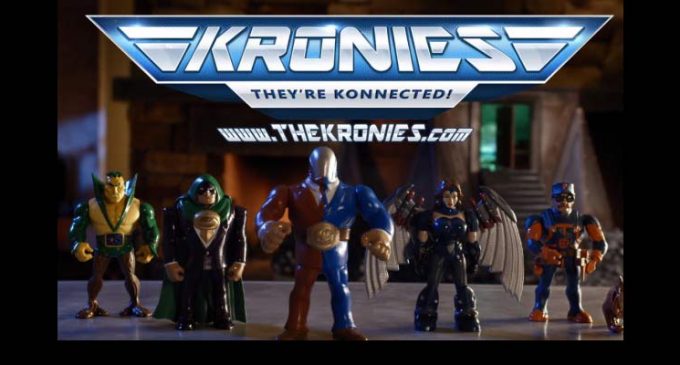 The campaign, which hit the Internet earlier this week with a series of parody videos and an elaborate parody website, features five main characters: Bankor the Prophet, Ariel Stryker, Kaptain Korn, Parts & Labor, and Big G.

“The Kronies are in action…Mandating, Tarrify-ing, Inflating, and Boondoggling their way to profits powered by their special konnection to the G-Force,” the video’s YouTube description reads. “Watch Big-G and his team stomp out competition!”

Oddly enough, no one seems to be claiming responsibility for the campaign.

“The incredibly amusing Kronies website says it is a project of Chimera Global Holdings, another parody site about a fictional company that has made billions by fleecing the American taxpayer,”The Federalist notes. “The WHOIS information for both the Kronies site and the Chimera Global Holdings site has unfortunately been hidden at the request of the owners of the domain names.”