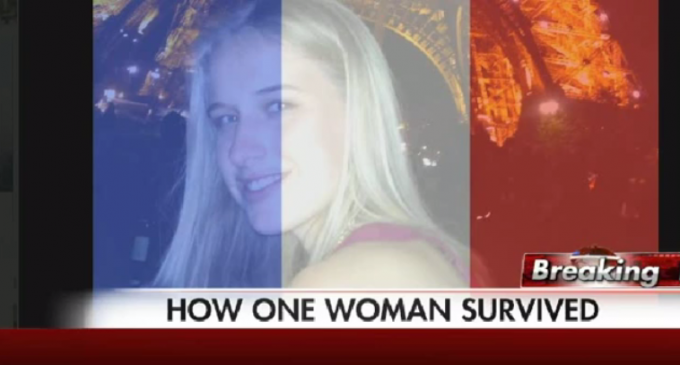 Isobel Bowdery was enjoying the Eagles of Death Metal show at the Bataclan music venue in Paris, in an atmosphere of loud music, dancing and zestful entertainment.  The loud music and lights disguised the gunshots that began to rip through the room.  Many thought the sounds were part of the hardcore show.

Suddenly, what once was a room full of euphoria, transformed into a nightmarish blood bath that Isobel survived by playing dead among those who had been gunned down.  She said she heard screaming men who were holding their slaughtered girlfriends.  She lay there, pretending to be dead in order to fool the murders, “not giving those men the fear they longed to see”, as she waited for the horrific minutes to tick on by.

Isobel described in a Facebook post what it was like to lie there, hearing the gunshots and life being ripped from the young.  Her story has been liked by over two-million people and has put a very personal face to the victims of this barbaric crime.