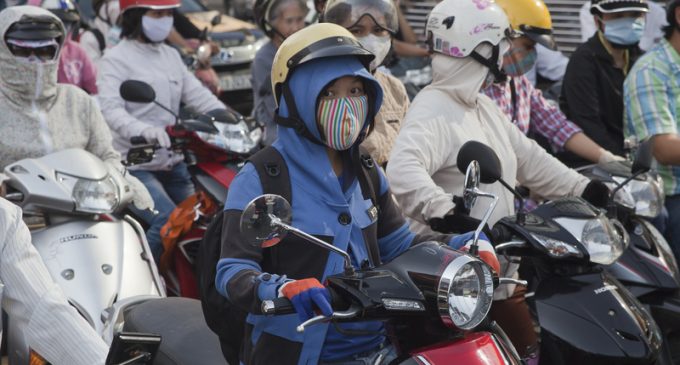 This newest climate change Paris Accord is looking more and more like a good old-fashioned pyramid scheme every day since the president announced that the United States would not be participating.  While President Trump was saying “Make America Great Again,” Paris Accord bullies were chanting “Make America Pay Again!”

With all the attention being paid to how, since Trump has become president, the ocean levels have begun to creep up once again, and the polar caps appear to be melting at an advanced rate, and the Earth's temperature is cooking eggs on the pavement in Bangor, Maine, you would think that they might be even more in a frenzy due to the latest 80-scientist (ACTUAL scientist) report that completely disputes the viability of Global Warming in toto.

That aside, our very “honest” elected officials on the Left are predicting doom and gloom when it comes to the future of our planet; meanwhile, REAL people in REAL tragedies around the globe are being beheaded and mutilated in the most horrific ways possible, and they show feigned concern that the evil Donald Trump has chosen the American taxpayer's pocketbook over some snotty elitists in Europe who treat the North American continent as its personal banking agency (withdrawals only please).

For the past 25 years, we have been saturated with the lies and the alarmist propaganda promising every 10 years that the world will end and the tidal waves are imminent.  It took these snake oil salesmen this long to actually figure out that, while normal people around the world disbelieve (or “deny”) the “truth” of Global Warming (now called Climate Change because no one believed it when they called it Global Warming), they must find another way of delaying the “effects” of Global Warming so that people couldn't actually see with their own eyes that things weren't changing (in fact, they were progressing in the opposite direction) but that they could still BELIEVE that we mere mortals were killing the planet.  Hence, the newest “predictions” of world decay were moved from 10 years out to 100 years.  That way, the doom and gloom could persist and they could continue to milk the “green” initiative while still now showing any proof of their theory.

Apparently, other countries have also gotten very smart recently when they began seeing the backlash on the Left to Trump's withdrawal from the Paris Accord.  They knew that they, as still-developing countries, would be given leeway when it came to coming into line with the demands of the Accord bullies and have learned how to take advantage of that coddling.

What is it that other countries have discovered?  They have discovered how to game the climate change pyramid scheme while making it appear that the U.S. are still the bad guys!  Read on to find out more…