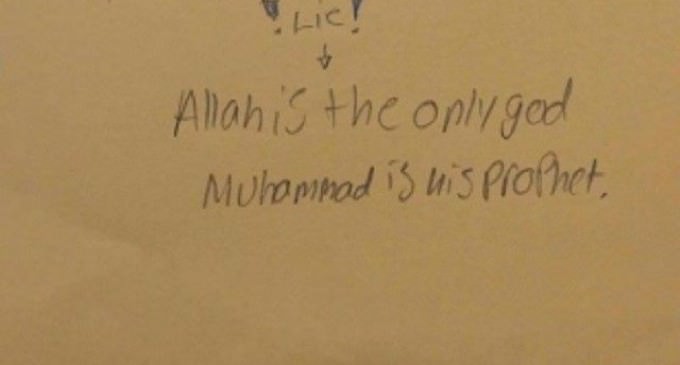 Once again, another school district is in deep heat for promoting a Islamic centric curriculum and forcing students to “submit or fail”. Charles County Public Schools in Maryland is being sued because of implementing a “pro-Muslim lesson plan in a World History Class”, while concealing it from the parents.

Virginians, John and Melissa Woods filed the suit, contending that their daughter was retaliated upon by receiving an “F” from the teacher. Their daughter would not participate in the Islam-centric lesson, which would force her to “deny and insult her Christian beliefs.”

The suit also claims that the school intentionally did not include these lessons in the syllabus and thus “concealed that their high school World History class promoted Islam.” The students also were not allowed to take the separate textbooks home that were use to study Islam.