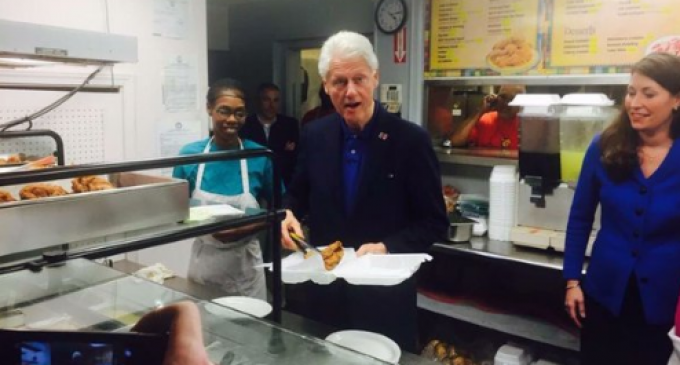 The Clinton pandering machine continues this week. Hillary Clinton already has the nomination in the bag, just barely — embarrassing considering the looney geriatric Marxist she ran against — but the Clinton campaign just can't seem to shake their need to pander to African American voters with reckless abandon.

Nothing is too shameless when it comes to courting the Black vote. Hillary is literally pulling hot sauce out of her bag and condemning the criminal justice reform her husband pushed through congress while president in the 1990s. That legislation, which extended harsher punishments to convicted felons, was apparently racist because the people committing the crimes often happened to be Black. Of course, Clinton would never argue that those at fault are the criminals. No, that would make far too much sense, and would anger her base. Instead, she's committed to throw out any modicum of sense she and her husband once had in order to get through the primary she once had in the bag.

Speaking of her husband, he's not exactly doing much better. While Hillary endlessly panders, he's busy literally feeding one of the core stereotypes of the African American community to the American people.

See what Bill served up on the next page: