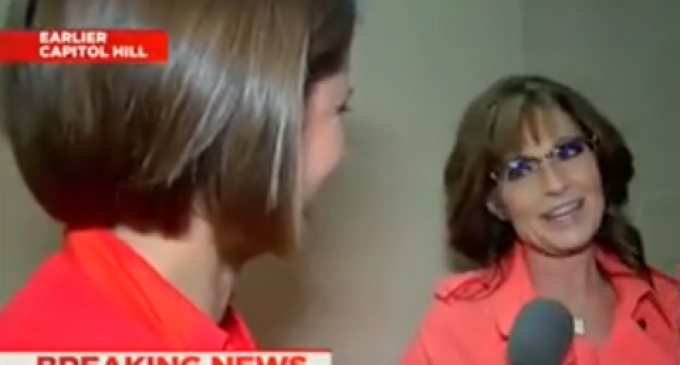 Sarah Palin doesn't see what all the fuss is about when it comes to all of these supposedly empowered feminist being afraid of men.

MSNBC reporter Kasie Hunt tried to trap the 2008 vice presidential candidate into all the ‘woe is me' sexual harassment drama dominating the national conversation in an interview on Thursday. But Sarah, being a grown woman with a life, didn’t have the time to sit around and gossip for hours about alleged predators, or bite into the feminist trap that all women are walking on tiptoes around powerful men.

She quickly, directly, and powerfully answered the interviewer's question in a no-nonsense manner that more women should emulate. The interviewer was stunned and at a loss for words at her response! Palin completely destroyed their narrative!

“Have you ever experienced sexual harassment in the workplace as an ambitious woman in public life?”