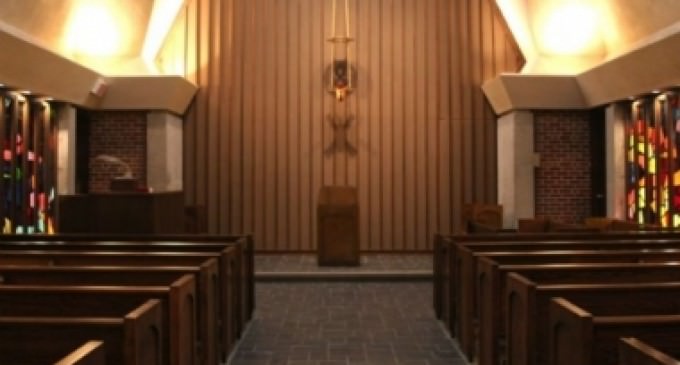 Another case of the disappearing Christian nature of America happened at Wichita University-Kansas, as the administrators turned a Christian Chapel into a Muslim prayer center.

Our Founding Fathers modeled America's Declaration of Independence on Christian themes, the rights enjoyed by man was  from the Creator,  ideas from the Bible, not the Koran, (which in many writers of religious history's view is a made up mixed version of Jewish and Christian traditions, with the twist of war on earth [jihad] against all those who do not believe after 700 years God sent a new prophet, because this god Allah wanted blood shed, rape, and pillage, “death to the infidels” and so on).  As Obama said “America is no longer a Christian nation”.

Obama opened the floodgates for the liberals running these higher learning institutions to eliminate all vestiges of Christendom and replace it with Islam, all in the name of diversity.  Many “nice, let's just get along” Americans, not wanting to appear Islamophobic, allowed the creeping sharia compliant schemes to slowly start to make headway.

Now, years later, our institutions are infiltrated by a foreign culture, all in the name of diversity.  America's very foundations are judeo-christian, by that philosophy America became the land of the free, home of the brave.  Now we report on anything christian being wiped out-and replaced with muslim themes.

more on Islam and Wichita Universities chapel next page