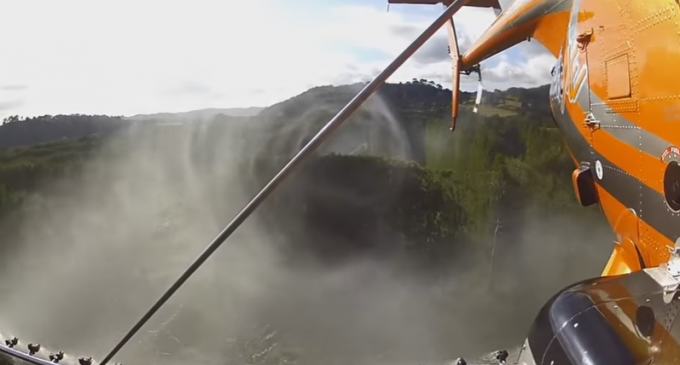 When I was a kid growing up in Ferguson, Missouri it was fun watching the “mosquito-sprayer” truck drive through the neighborhood, blasting all that stuff into the air. Being less than fond of mosquito bites, my friends and I cheered the guy as he pumped huge amounts of insecticide into the air, usually shortly before dusk.  As grade-school kids we never gave a thought to what that might be doing to us. After all, this was the government doing this spraying, so it had to be for our own good, right?

I also vaguely remember being taken to Ferguson Junior High School when I was a pre-schooler to drink a little cup of clear liquid that I was told was the polio vaccine.   Several years later, my parents and I queued up at the community college to get our swine flu jab as an epidemic was expected.

I really don't believe the mosquito truck driver nor any of those administering those vaccines had any negative motives at all.  They were just doing their jobs.

But now, several decades later, I begin to wonder how beneficial all of this is. You don't have to go far on the net to run into some very disturbing information concerning vaccines and, more to the point of this article, forced spraying by governmental agencies.  It goes without saying that there is a lot of valuable, reliable information on the net as well as plenty of material that is anything but. The job is to distinguish between the two.

What happens when governmental agencies in Florida blast insecticide from helicopters on private citizens' organic gardens?