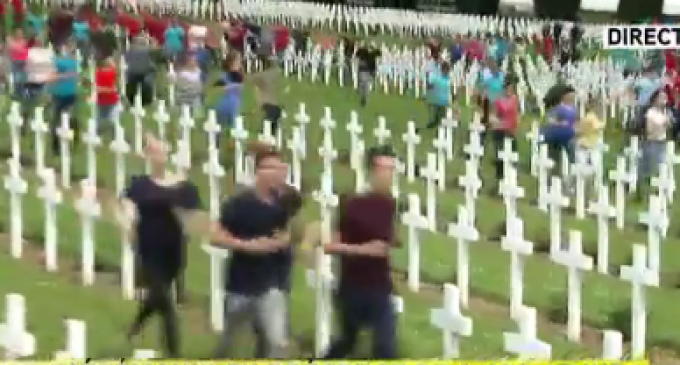 Leftists often seek to rewrite history, in part because the record of Socialism, Marxism, and virtually all Leftist activities are riddled with failure, suffering and despair. When looking at true heroism and achievement, Lefties try to dismiss and diminish what others have done in order to erase the example of true patriots and selfless individuals. Leftists will goad the sweltering masses on to some profane and idiotic mass actions or movements, like dumb beasts that simply follow the herd.

Such was the case in France recently, when French President Francois Hollande, leader of the Socialist party in that country, marked the 100 year anniversary of the World War I Battle of Verdun. The Battle of Verdun was one of the longest and costliest battles in human history, with French and German casualties estimated between 976,000 and 1,250,000 individuals. The efforts and sacrifice of those souls should be honored and respected. Instead, Hollande and thousands of French and German teenagers made a mockery of the war effort and the cemetery grounds where hundreds of thousands of soldiers are now buried.