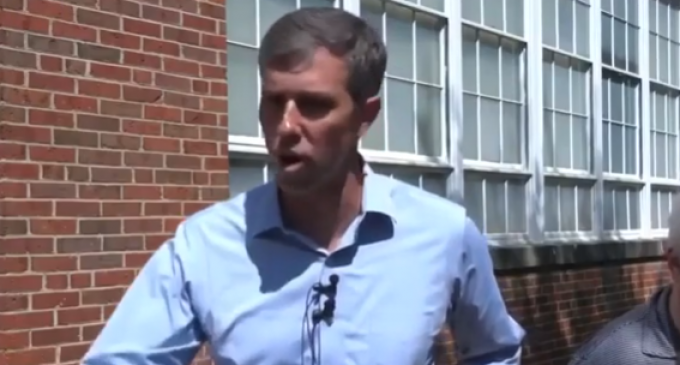 Presidential hopeful Robert Francis O’Rourke has promised that is elected president, he will conduct mandatory gun confiscation in order to seize all semi-automatic firearms from law-abiding citizens.

The program would be similar to one conducted by Australia after a mass shooting occurred in the 1990s. One year after starting the program, Australia seized approximately 650,000 firearms from private citizens, which is estimated to be about 20% of the country’s privately owned guns.

O’Rourke made the vow Saturday while campaigning in Charlottesville, Virginia, after a reporter asked him how he plans to address peoples’ fears that the government is going to confiscate AK-47s and other semi-automatic assault rifles.

“It absolutely has to be part of the conversation,” O’Rourke said. “And at the end of the day, if it’s going to save lives, if it’s going to prevent the kinds of tragedies that we saw in El Paso, Gilroy, and Dayton, or this weekend in Chicago or all over this country on a daily basis, then let’s move forward and do it.”

A Red Flag law was used this month in Oregon to confiscate all firearms from a former Marine following comments he made about Antifa. Read about that story here.