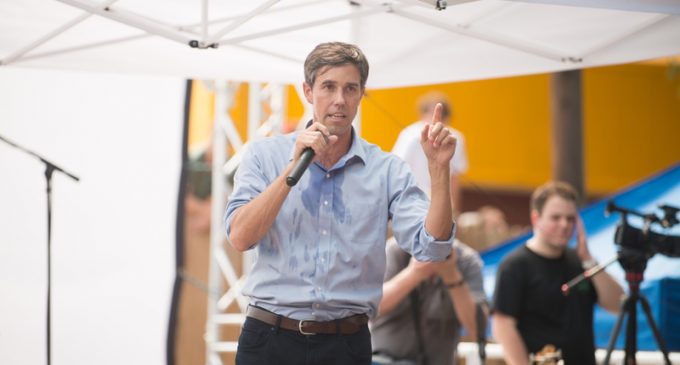 Potential 2020 presidential candidate and former Rep. Beto O'Rourke told a reporter on Thursday that if he could, he'd tear down the border wall separating El Paso, Texas, and Mexico.

“Yes, absolutely. I'd take the wall down,” O'Rourke told MSNBC's Chris Hayes in an interview that took place at the southern border with Ciudad Juárez, Mexico.

In his State of the Union speech, President Donald Trump pointed to El Paso as an example of how border walls make cities safer. “Walls work,” the president said.