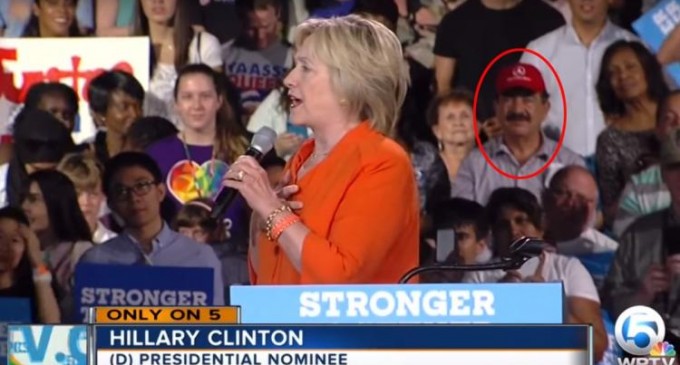 In the world of marketing, there's nothing quite as helpful as good product placement. Not only can it show you what the product does, it can be helpful in telling you what the manufacturer stands for.

The same can be said about politicians. If you've seen any of Hillary Clinton's speeches, you'll notice that the people behind her are strategically placed. You have your African-Americans, your Hispanics, your Muslims, your gay and lesbians, your average Joe . . . and let's not forget about fathers of terrorists.

While giving a speech in Kissimmee, just south of Orlando, Hillary found herself caught in a bit of irony. According to sources, she was supposed to be talking about jobs and the economy, but instead started her speech off by paying tribute to people affected by the Pulse Nightclub shooting. Ironically, Seddique Mateen, the father of Omar Mateen, the Orlando mass shooter, was standing in the crowd directly behind her. Apparently, he's a strong a supporter of Clinton.

Read what he had to say on the next page.