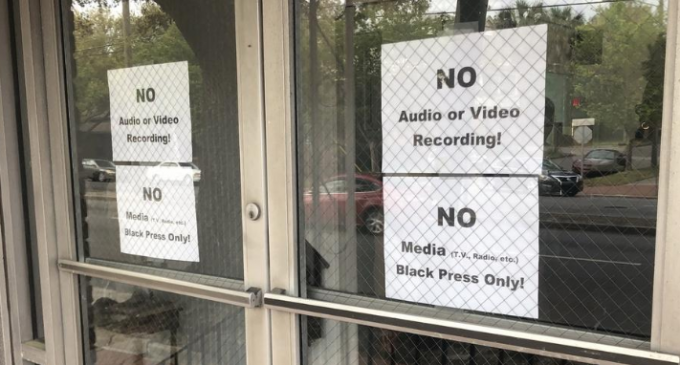 Organizers of a Wednesday meeting at a church in Savannah, Georgia to discuss an upcoming mayoral race barred white reporters from attending – only blacks were allowed. The revolutionary stated: “We just need to start migrating back to those states and taking control of the economics in those states. If black people move in, most definitely white people will move out. So it’s not a hard process for us to have our own country within a country.”

For now, however, Omowale says the goals are more short-term:

We want to control the politics in our community. If a politician is not bringing anything to the table for the betterment of that community, we are not going to vote for these particular people. And we most definitely want to control the education. What our people are learning in what we call the public fool system, not school system, where they are teaching and misrepresenting the true history of the black man here in the United States.

Turn to the next page for info on the racism occurring in Georgia. Note the term reverse racism was not used…whatever that means.