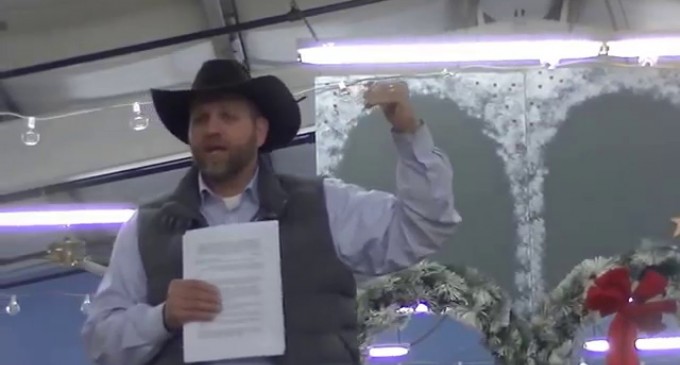 The stand-off in Oregon between the Federal government and Ammon Bundy and his fellow ranchers does not seem to be winding down. Bundy and his loosely connected organization came to Burns, Oregon about two weeks ago in support of Steven and Dwight Hammond, local ranchers who were accused of arson some years ago. The charges were filed because the Hammonds cleared some of their ranch by burning the underbrush and overgrowth, but the fire spread to surrounding Federal land. The Hammonds were able to extinguish the blaze without help, and in fact, both the Hammonds ranch and the Federal land are said to be more productive and healthier from the clearing, but the government seems intent on making a show of who is in charge.

The charge of arson, which in and of itself seems like a huge miscarriage of justice, in that it carries a mandatory sentence of 5 years in prison.  A judge who tried the case thought so too and said that it would be improper and unfair to send them to prison for 5 years each, so he sentenced the Hammonds to less than a year in jail, which they completed some time ago. However, a judge or government agency seeking to show ranchers everywhere just who is in charge has demanded that the Hammonds serve the full five years, and the father and son left for prison last week.