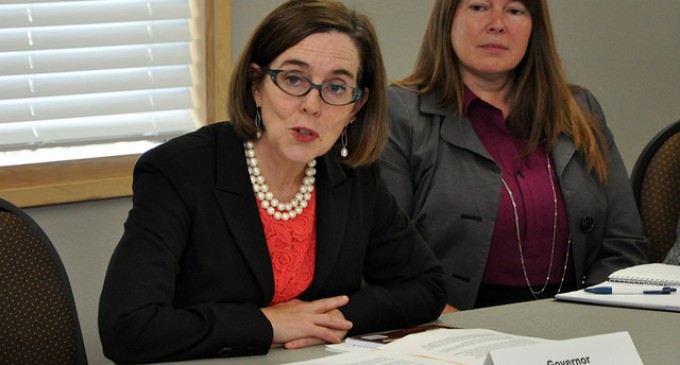 Reality has intervened once again to thwart the schemes of utopian-minded liberals in that bastion of left-wing politics, Oregon.

Eager to do one better than California Governor Jerry Brown and Washington Governor Jay Inslee, Oregon Governor Kate Brown recently launched a push to increase the already-high minimum wage in the state even further. In fact, her plan would see Oregon go from being the state with the eighth highest minimum wage to the first.

Specifically, she seeks to raise it to $15.52 per hour in Portland and $13.50 throughout the remainder of the state. Brown of course is thoroughly convinced this is a great idea, but many others are not so sure.

Realizing that such a significant increase in wages would throw communities into disorder as they reel from it's effects, Oregon citizens and officials on both the right and left have criticized Brown's scheme. The governor desperately tried to defend the new $15.52 minimum wage to Oregonians, but they simply weren't having it.

Find out what happened next on the following page: