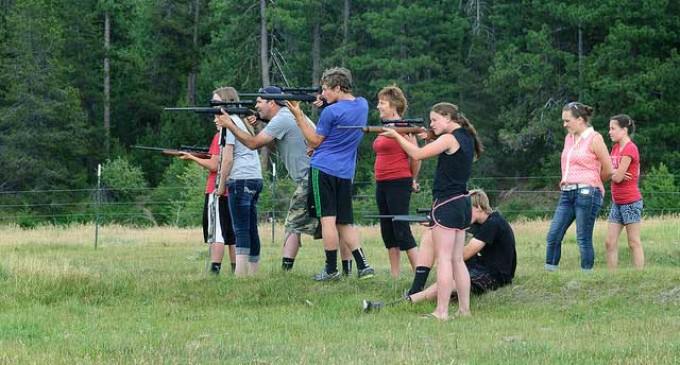 The right to bear arms without Washington D.C. interference has been a hot topic throughout the country over the last few years. The citizens in Coos County, Oregon voiced their opinion on the matter in a November 3rd ballot decision that authorizes the Coos County sheriff to intercede between citizens of his county and any state or federal act that would infringe on their Second Amendment rights.  Many people would say it's about time. Although there were some opponents, support of the bill was overwhelming.

There have certainly been some tragic events involving shootings in public places over the last several years, and each time there is a hue and cry for greater gun control, more background checks, and more hand-wringing from the liberal left as they declare that something must be done, which generally means taking guns out of the hands of law-abiding citizens. One of the favorite targets is gun shows, with leftists claiming that sales run rampant with no controls and no oversight over who buys what. But a simple fact check reveals that gun show purchases must also go through a check and a waiting period, showing that facts mean nothing to leftists with an agenda.  And that agenda, pure and simple, is the disarming of America.

But the citizens of Coos County have decided they will not let that happen to them, and it may be a clarion call to other areas around the country.

See next page for more details: