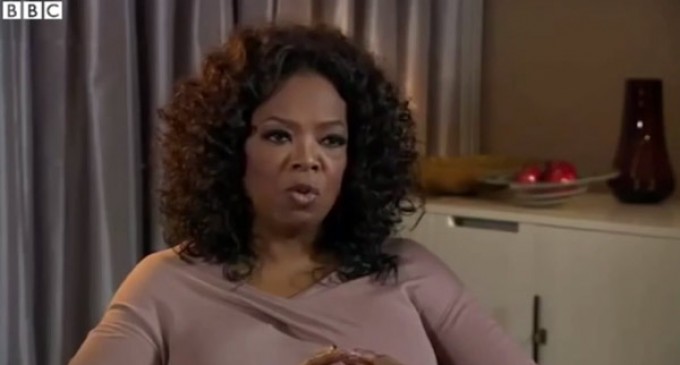 In this BBC interview Will Gompertz asked Winfrey if she thinks the problem of racism has been solved. Her logic in answering the question was shocking, but typical of the Liberal viewpoint:
She contends that “all racists must die” to rid society of racism.
Then she suggests that people who criticize Barack Obama are racists.
Her logic is inescapable: Obama’s critics are all racists who “must die”.
Watch as Oprah lays it out:

The flaw in Oprah’s logic is one common to many arguments of Liberal idealists. Not everyone who opposes Barack Obama’s Marxist policies even considers his race. Most people criticize his policies because they’re awful. When Rep. Joe Wilson called President Obama a liar, he was expressing a documented fact that had nothing to do with race. If Liberals focused a little more on reason instead of trying to deflect valid criticism of Obama they might become part of the solution and turn America around. At least they wouldn’t sound as crazy as Oprah does here.