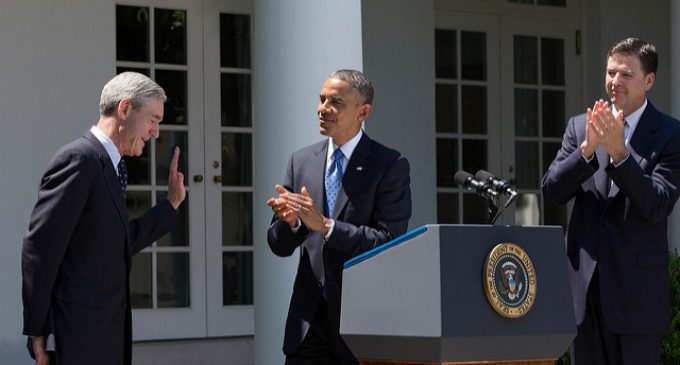 Our president is used to bad odds.  Ever since the first moment he announced his candidacy, he has been in the crosshairs of pretty much every single anti-Right group and organization, with an ultimate end game of eliminating the push to “change Washington.”  You see, the chant of “Change!” is good, but only if shouted by the Left and seen through the eyes of someone who interprets that change as altering the demographics of the United States to include many less White people.  That's not my opinion.  Look around, listen to every single Leftist that opens his/her mouth into a megaphone on the streets in protest of a White president.  Listen to every single Congress member of color who is speaking out against Jeff Sessions as Attorney General.

This issue is not simply an issue about race, however.  In fact, much of it is only facilitated through the diversion of race.  This is the issue of keeping the swamp a fetid, mucked-up, reeking marsh of untrustworthy and toothsome creatures that are waiting just under the oily black surface to catch an unsuspecting president (or anyone else who enters with the intent of cleaning it up) in its merciless jaws and dragging it to the bottom, never to be seen again.

This, my friends, is to be used as both a warning and a lesson to every one of us out there, up-and-coming politician and citizen alike who ever thought that we would enter the political arena of combat to change the status quo.  Every single politician out there that you've ever suspected of being part of this is waiting in the shadows of the half-drowned trees, waiting with eager hands to push Trump's head under the filthy waters and hold it there until he stops thrashing and the bubbles have ceased.

This whole locking of arms of Republicans, Democrats and a couple of Independents in D.C. is nothing more than an ever-present effort to keep the marsh intact and its landscape unaltered.  This is Operation Save the Swamp and its list of “environmental cases” grows with every hour that the media gloms on to the frenzy.

How will Trump continue to fair against this army of darkness?  Let's delve into the news about the latest round of combatants and gladiators chosen to go out and slay the giant…read on.