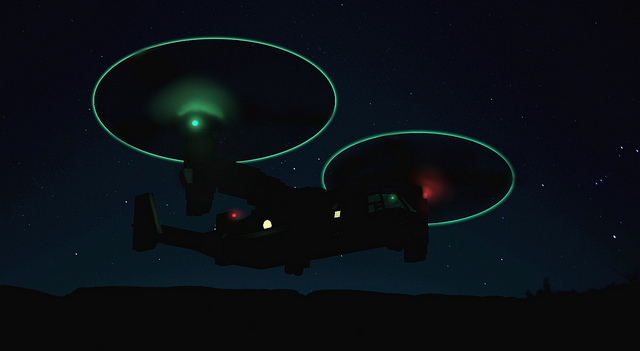 According to the document:

UPDATE:  Mississippi, Florida and Louisiana have now been added to the list, bringing the total number of states participating to 9.

The term, “unconventional warfare (UW)” makes it clear that this exercise is not dealing with a Russian-backed “Red Dawn” invasion of the Southwestern United States by Russian backed Latin American partners.

UW speaks to the guerrilla warfare (asymmetrical) nature of the anticipated and rehearsed conflict. Subsequently, it can be conclusively stated that Jade Helm is not preparing for a Red Dawn invasion, rather, they are preparing for a Red, White and Blue invasion.

This is a massive rehearsal for martial law implementation as well as implementing the proverbial and much rumored Red and Blue List and the “snatch and grab” extractions of key resistance figures from the Independent Media as well as uncooperative political figures.

The sinister sounding caption ‘Mastering The Human Domain' refers to the use of the military to engender trust in order to control “the totality of the physical, cultural, and social environments that influence human behavior.”

However, these drill will be carried out between 11 pm and 4 am. How much interaction will they achieve during those hours to practice their trust-building skills?

Invading and conquering a country is a lot easier than maintaining it under your rule. This appears to be a practiced study in modern domination of cultures….how to use your soldiers as counselors to help keep the people of your conquered land subservient.

It seems now ‘infiltration' exercises will be incorporated in the drills, from Infowars:

A Houston Chronicle report reveals that soldiers will attempt to blend in with the local population in an effort to test the effectiveness of infiltration techniques. Residents will be advised to report “suspicious activity” during the exercise.

“They’re going to set up cells of people and test how well they’re able to move around without getting too noticed in the community,” said Roy Boyd, chief deputy with the Victoria County Sheriff’s Office. “They’re testing their abilities to basically blend in with the local environment and not stand out and blow their cover.”

By directly involving unwitting members of the local population, this aspect of the drill contradicts the Army’s assertion that, “The public can expect nothing much different from their day-to-day activities since much of exercise will be conducted in remote areas.”

Jim Stewart, chief deputy with the Brazos County Sheriff’s Office, told the Chronicle that the designation of Texas as “hostile territory” was merely a way of setting up a role playing exercise under which soldiers operate behind enemy lines.

but they were held up by a train for about ten minutes. They saw all kinds
of tanks on it.

Thousands of them they said, but at train speed 10 minutes only amounts to
hundreds, coming in

from Mexico by rail. American tanks they think (but I don”t know how that
would be). I live 1/4 of a mile from the Mexico border. Yes, they have to
move tanks around but for half a decade of living here we've never seen
even one tank on rail. Never. Not even one. It must have been a very
impressive sight because they were just jibbering in spanish in excitement
about having seen it all. Take care, man. Please forward this to Hawk. I
lost his address at the moment. Terry

The military has been using the term Jade from some time, as noted the 2001 document titled with the Jade acronym:

You can download this document here: Joint Assistant For Development and Execution JADE.

This document details a software application that helps the military continuously modify strategies that adapts to changing variables on the battlefield. It helps keep the military flexible in the face of changing elements to ‘stick to the plan'.

So what does Helm mean? Other websites that follow Jade Helm state that Helm stands for: “Homeland Eradication of Local Militants.” These sites cite the 1961 document ‘THE UNITED STATES PROGRAM FOR GENERAL AND COMPLETE DISARMAMENT IN A PEACEFUL WORLD' as proof. However, upon examination no association with the word Helm can be found.

At this time, I can find no explanation of what Helm might mean. It could mean what the word is originally means, which is either a wheel to steer or the verb to steer – in the end meaning this military software is used ‘to steer'.

One interesting video speaks of the shoe that sits in the middle of the Jade Helm logo. These symbols are not simply randomly picked, they all do have an important significance.

MOVE ON TO PAGE 3 – Texas and Utah Declared ‘Hostile':