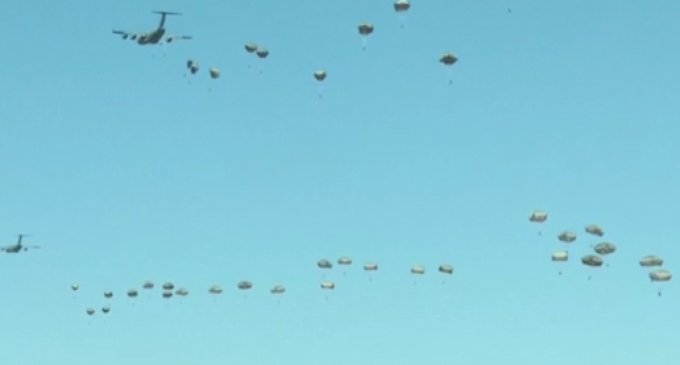 The United States under President Barack Obama is a much weaker and smaller military force than when he entered office. Democrats usually disdain the military, and Obama is no exception, and so he has turned our once proud fighting force into a social science experiment, with an emphasis on gays and transgenders in the military, women in combat ranks, and the purging of seasoned officers in order to fill the leadership ranks with women and LGBT advocates in order to “diversify” the ranks. Concurrently, the number of troops, vehicles, planes and weapons have also been slashed, so the numbers are well below our readiness levels.

This has not gone unnoticed by our enemies, particularly by the Russians who are determined to expand and regain their world stature, and to put fear in the hearts of countries around the world. In fact, Obama's decimation of our military has been an open invitation for Russia to challenge us. Liberals like Obama do not realize that weakening our military does not make the world more peaceful, it simply makes the world less safe.

Perhaps in part because of Russia's very aggressive actions around the world, including in the Ukraine and in the Baltics, NATO is planning war games to take place in eastern Europe that are the largest since the cold war. The ten-day event, titled Anaconda 2016, will utilize 31,000 soldiers and thousands of military vehicles coming from 24 countries. The real concern is if the activities taking place in Poland, much of it on Russia's western border, will elicit a military response from the recently aggressive Russians.