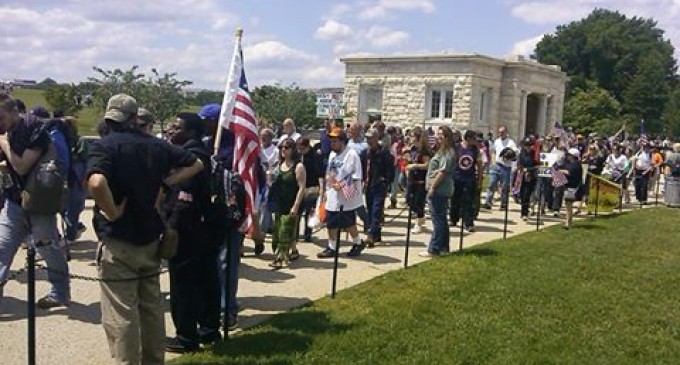 Despite being abandoned by conservative mainstream and alternative news groups and commentators, OAS patriots are still in D.C. pushing their agenda forward, which is the peaceful removal of Obama and his criminal cohorts.

They have created a calendar of events, which you can see here: http://greatamericanrevolt.org/calendar-of-events/

There was news that Rolling Thunder Inc., which is a veteran motorcycle group would arrive on Thurs. 5/22, but it appears that was delayed until tonight where they will participate in a candlelight vigil at the Vietnam Veterans Memorial.

Some have stated that Rolling Thunder will not be engaging in activities with OAS as it's not a political group, per se. To what extent these groups will be working together remains to be seen.

One thing is for sure: OAS isn't going anywhere anytime soon and they need your participation! If you can get to Washington do so.

Join this tenacious groups of patriots and help save our country!